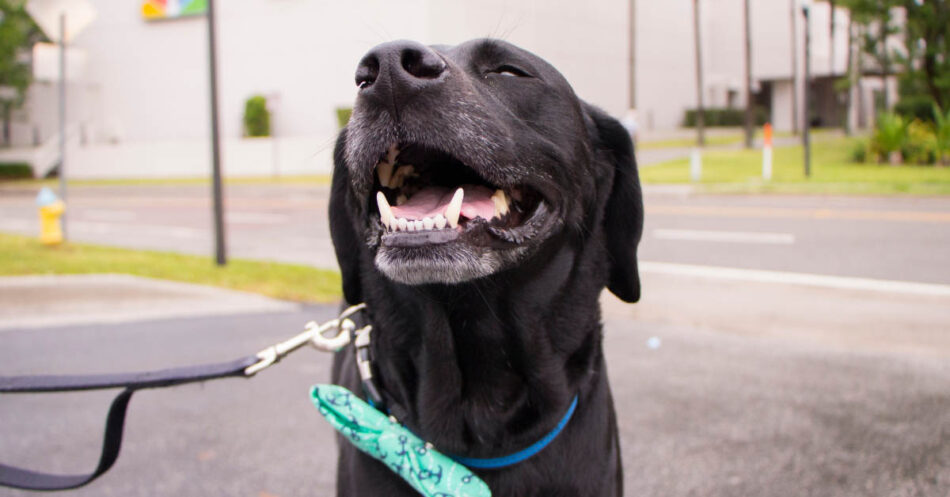 As the parent of a paws-itively wonderful, charming, fun-loving black dog, I can personally vouch for the fact that black dogs are every bit as amazing as dogs of any other color. If you’ve ever shared your life with a black dog, you no doubt agree.

It may surprise you to find out that black cats aren’t the only ones with an undeserved stigma. In many shelters, black dogs are continually passed over in favor of their lighter colored shelter mates. As a matter of fact, black dogs are included in a group of harder-to-adopt pets on Petfinder that take an average of four times as long to find their fur-ever homes!

The challenge that black dogs face in getting adopted has been given a name — Black Dog Syndrome. Just what is it that makes it so hard for these pooches to get noticed?

Of course we know that none of these reasons mean that black dogs aren’t amazing pets, but they do mean that these beautiful pooches have some obstacles to overcome. National Black Dog Day was founded to help raise awareness of the plight of black dogs waiting for adoption.

Even if you aren’t looking to adopt, you can still help. Tell people about Black Dog Syndrome. Many of them will probably be surprised. And because so much of the prejudice against black dogs is probably unconscious, once people know about it they’ll be more likely to look beyond a dog’s color and focus on the personality underneath.

When it comes to choosing a dog, the most important thing is what’s inside. My own special black dog, Chilly, is the most loyal friend I could imagine and he deserves all of the love I can give him. (And he’s not bad looking either — who could resist that face?!) Many other black dogs are just waiting for the chance to shower their love on their fur-ever family.

We’d love it if you’d tag us on Twitter or Instagram (@petliving) in a photo of your black dog today!

How to Celebrate Your Pet’s Adoption Day

Everything to Know Before Bringing Home a New Puppy

5 Questions to Ask Before Adopting a Shelter Dog

Bad Luck and Good News for Black Cats and Dogs

Adopting a Senior Dog – Age is Just a Number

Should You Have Your Dog’s DNA Tested?